Good Morning- You are what you eat 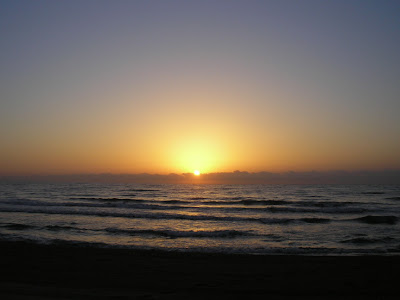 Good Morning! Not quite 6am here.

And I have yet to turn off my Dr. Thompson sleep cd.

I began using Dr. Jeffery Thompson's Brain Wave music to help me sleep after a hospitalization I had a year and half ago.

I was emotionally drained, on edge and vulnerable that I could not sleep for fear that something would happen to me related to my hospitalization. Not a good place to be in when you are alone, far from family and have children to care for.

The emotional mud slide was building up due to lack of sleep that only after using these sleep cds (He has cds for Creativity, Meditation, etc...as well) was I able to actually go into a sleep at night and began to emotionally heal and physically heal.

Being sleep deprived and emotionally stressed after an illness can leave one very open and vulnerable.

Thankfully I have healed since then and move towards greater and greater strengths. :-)

You can find out more about Dr. Jeffrey Thompson via his website Center for NeuroAcoustic Research.

To this day I continue to be a big fan and highly recommend his music.

Remember I told you about a Physiology exam I was to take? Well I almost aced it.... missed one question out of 48. And I also made an A (missed one) on the short terminology quiz that was given.

I'd like to share with you an article a dear friend of mine sent to me last night. I went and searched the original source and it is linked below.


A stupendous insight of civilisations past has now been confirmed by today's investigative, nutritional sciences. They have shown that what was once called "The Doctrine of Signatures" was astoundingly correct.

Referred to in the classical period of Rome as the "Law of Similarities" it is now called by scientists, "Teleological Nutritional Targeting".

It now contends that every whole food has a pattern that resembles a body organ or physiological function and that this pattern acts as a signal or sign as to the benefit the food provides the eater.